"Because we can!" LEGO Bulding contest. Voting has started!

All MOCs for the "Because we can!" building regional (Russian) contest are checked. So you could see and comment all of them HERE. Please support the contestants with your comments, they deserve it.

Participants had to do the following task:

After the acquaintance we offer you to vote for the best works, that will go to the final round. "Because we can!" LEGO Building contest voting form is open now.

To vote please proceed HERE.
Voting will be live till 5th December, 2012. 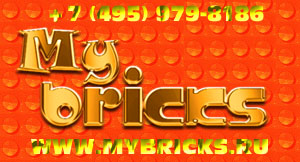