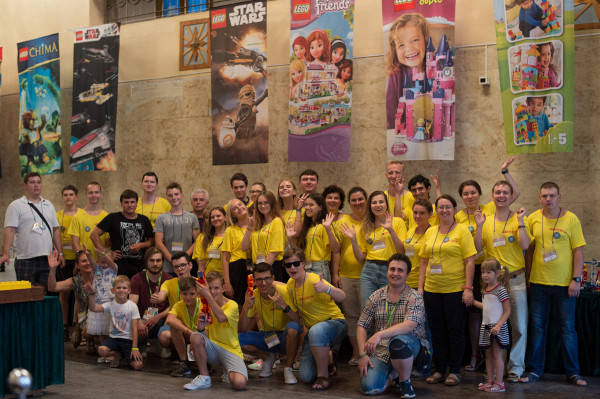 Dear friends. In 2018, the All-Russian festival of Lego creativity “Summer Brick” was held in Taganrog, in which adult fans from all over the country took part. The festival was organized - “Smart Brick”, Taganrog and Russian Fan Forum Lego, Moscow. In 2019, the Summer Brick Festival will meet visitors on July 20-21 and we are trying very hard to make it even more extensive and memorable for guests and participants. In preparation for the future of the festival I want to remember the best moments of the already held festival.

The central part of the festival was the exhibition. She collected afol-s from all over Russia. The exposition was very large, in figures it is more than 50 sq.m. The largest model was the city stand, which consisted of a central street, a coastal zone, an amusement park. Visitors to the festival were surprised to see at the same time all the modular houses, that were produced by LEGO since 2007, the house of ghostbusters, a house by the sea, new houses on ninja. "Cafe on the corner" attracted special attention, because it was the first modular house, released by Lego. Sergey and Matvey Kostenko (Nemo and STRO on RFFL)brought a lot of their MOC houses, of different size and color. In the sea zone there was a cruise liner, “Sea cow of steel beard” and “Gift of fate”. In the park area, the attention of the kids was attracted by moving roundabouts, especially a roller coaster. The “pearl” city exposition was homemade trains of different lengths and types, collected by Nemo. According to the author's calculations, the length of all the trains exceeded 80 meters, many children watched the movement of trains for hours. One of the most detailed and interesting stands was the “Wild West” by Vera Senyuta (VerSen on RFFL), Timofey Tkachev (ColonelOnTheWhiteHorse on RFFL) and Matvey (Barash on RFFL). The model was completely made of MOC, the only set on the stand was the Emerald Night, which created an additional entourage. Particular attention in the Wild West attracted scenes that were performed with great humor. A banana duel, a carrot battle, a tangle of characters from Lord of the Rings, Harry Potter, The Avengers, and Batman add a touch of humor to this harsh exposure. The stand dedicated to the author's works was very diverse. Pupils of the “Smart Brick” made works on the theme “Russian motives”, for example, “Akinfeev's Magic Foot. Serious and atmospheric work "Landing in Normandy" made Maxim Melnikov and George Kobzev. Nothing happens on the battlefield yet, but physically there is a tension that should explode after a few seconds, leaving the bodies of dead fighters on the battlefield. An interesting technique of volumetric mosaic could be seen in a model of Elbrus and a flower, made by Olga Ageeva. 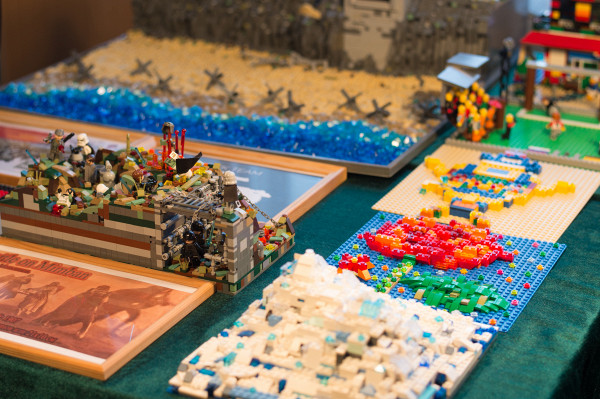 Taganrog is a small, provincial town in southern Russia. But in its history the destinies of many famous people in Russia are intertwined. The city was founded by order of Peter I, Anton Pavlovich Chekhov was born and lived here, Emperor Alexander I died. One of the pages of history is reflected in the layout of the Tchaikovsky House, made by Mikhail Kartavenko (MikeK on RFFL). In this house famous composer P.I. Tchaikovsky visited his brother. Colonel brought his work Daydream, which caused delight and desire to touch it. Also attracted a lot of attention bright work Timofey - Bunny, Leprechaun, killer whale. We have seen Timofey's work on the Internet many times and looked at them with admiration; they looked even more amazing live! 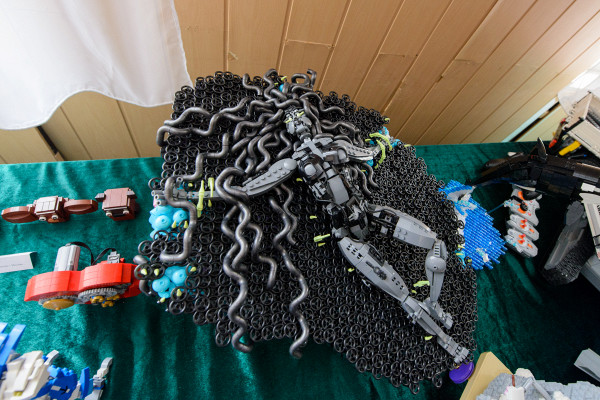 Alexey Tikhvinsky, Galim Makhmutov and Alexey Puchkov (SilenWin, Limga and sm00n on RFFL) brought several huge technic MOCs. Their appearance, and most importantly the demonstration of the work, fascinated everyone; many people saw such huge models for the first time in their lives. Alexey, Nadezhla, Daria and Varvara Zlygostevy from Taganrog made a MOC around the world of Harry Potter. Visitors liked it very much, they noted that the work conveys the spirit of books and films. The authors said that this is only the beginning and in the coming years the work will increase by 3-4 times. We are waiting for new zones in 2019 in this MOC. Eugene, Natalia, Svetlana and Vasilisa Potik from Taganrog made a big exposition for girls. It was made mostly from standard sets, but it was built very harmoniously. Both girls, girls and even grandmothers stayed in front of this colorful "city" for a long time The unusual dinosaur zone was built with Lego WeDo educational solutions. Dinosaurs were moving, chasing each other, trying to eat something. In 2019 of these sets the city of the future will be assembled - with robots and UAVs. 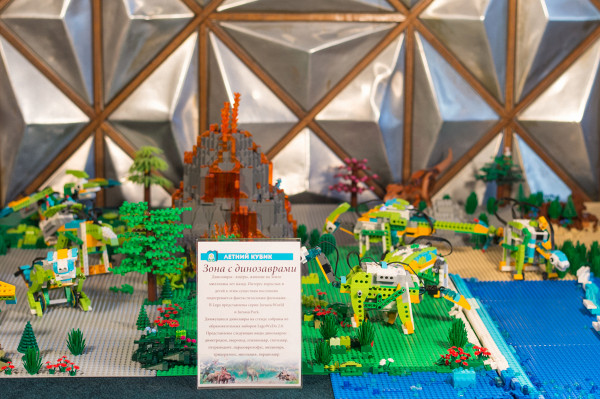 What else? There were a lot of conventional technic models, big models like the Taj Mahal and the Death Star. There was a zone with examples of models from the educational designers of the company Lego. In 2018, the foundation of the winter village was laid, which will be fully represented at the festival in 2019.
In addition to the exhibition, there was a lot of entertainment for the children, at the festival, a holiday after all :) Children could do creative work with various bricks, of which there were a lot. Especially inquisitive could collect robots at master classes. In the center of the hall we have two interactive zones. On one of them, the guys played robbo hockey, and on the other they could play around with Lego Technician models and listen to the story of experts about how real machines work. Children could spin gears and work with gearboxes. Also,
SilenWin and Limga were connected to the equipment, who demonstrated their models and told the children about the work of standard models, demonstrating secret knowledge and mastery of the power in this topic :) At the festival there were not only Lego models, but also their photos. VerSen and Yuri Badiner (y.badiner at RFFL) brought their best work over the past few years. There were dinosaurs, superheroes, and dynamic shooting. In general, a lot of beauty :) In general, the festival was held amicably and cheerfully, there were many positive visitors who created a festive mood.