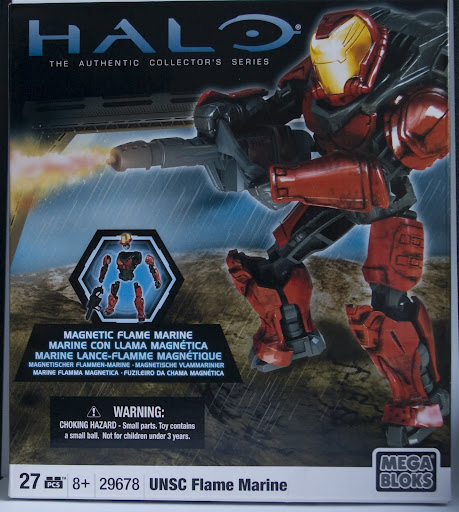 We will start review with the box, as it is the first thing one will notice. It's raining and UNSC Flame Marine is firing his flamethrower at someone (we don't know who he's fighting since there are no covenants in Halo metalons series) - so do not mess with UNSC Flame Marine. The insert on the left shows that the hands,head and leg are attached using magnets (and we will find out if it's true or not later) 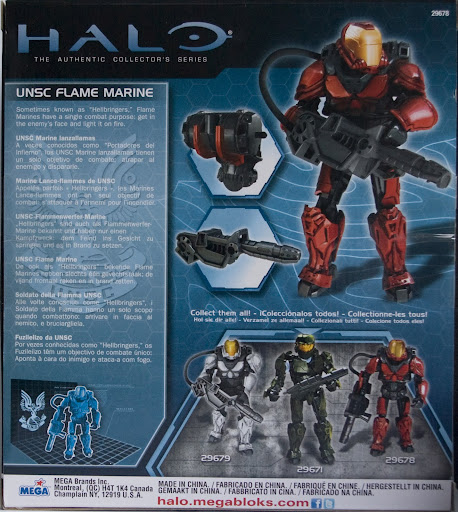 The reverse of the box shows the two other sets from the metalons series - 29679,29671.
29679 seems to be the same as the one being reviewed, the only difference is colour.
The flame liquid tank may look detachable at the first glance, however it's not.

The bottom of the box indicates the set was released in 2010 and it has proof of purchase barcode.
Interesting fact: barcode's last five digits are the same as the set number. 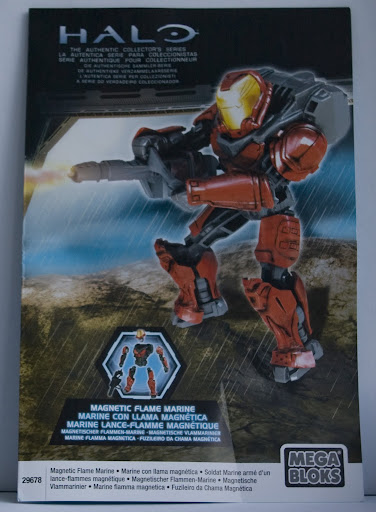 Instruction's frontpage is same as the image on the package. Those, who are really interested in building instructions, may download it from here

Let's get down to building of the defender of the mankind. This is the most interesting part, since all metalons are the same - you have to assemble the Terminator first.

He said "I'll be back", so he he is. Hello, T-800! I'm not sure what is the purpose of the metal ball in the middle of the chest since it's not used at all. May be it's used in other metalons figures like Iron Man, or it's just the Terminator's heart... 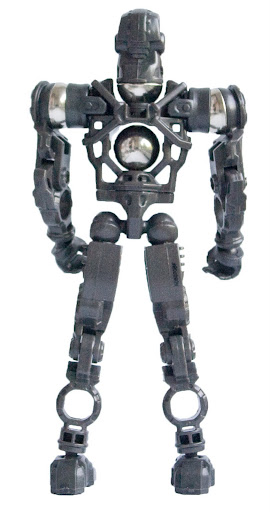 The back of the figure is almost the same. Head rotates 360 degrees. One can easily notice the fact that the legs are NOT using magnets, the ordinary plastic joints are used. So if we look carefully we'll notice that there are 5 magnets in there: one for the head, two for the hands, one in the chest and one is used to join torso and legs. I was expected the legs to be attached using magnets, unfortunately they are not. 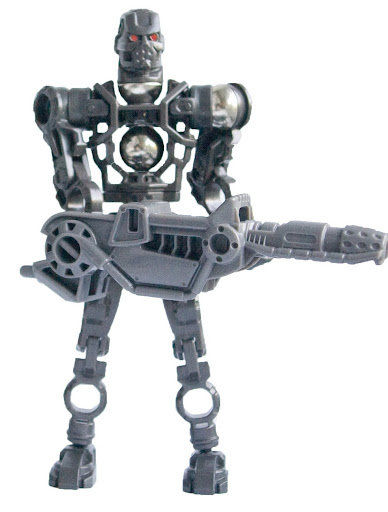 Though our all-new Terminator-buddy can hold flamethrower, his look could not kill without flame liquid tank attached. Now it's time to dress up - put the armor on (since armor is the only thing beside weapons that makes all metalons look different) 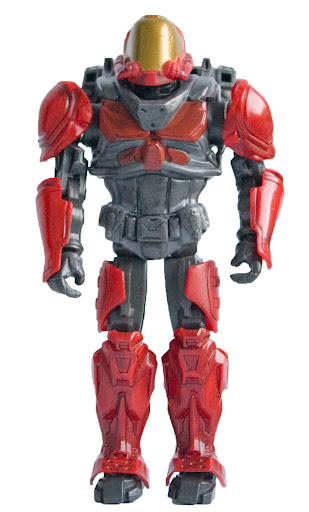 Our marine is waiting orders. One can notice see small bags on his belt and the touches of dirt on his chest. 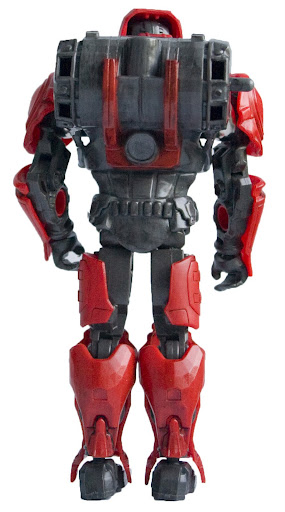 The flame liquid tank and the back of the figure's body is one solid part (so if you'd like the flame marine to become ordinary marine you should buy new set). The good thing is the fact Mega Bloks cares about how the figures will look from the back. Considering ugly backs of LEGO exo-force mecha's and some bionicle's backs it is great. 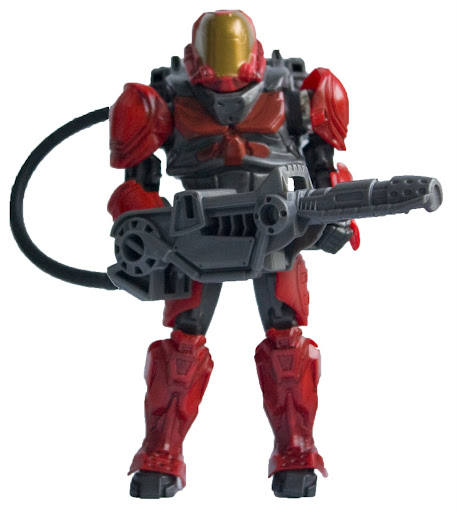 Let's give the soldier his weapon. The flamethrower is great. The sad fact is it doesn't look cute from below. 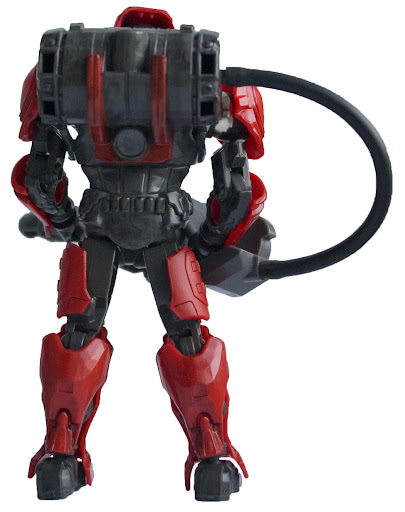 Flamethrower is connected with the tank using the rubber tube 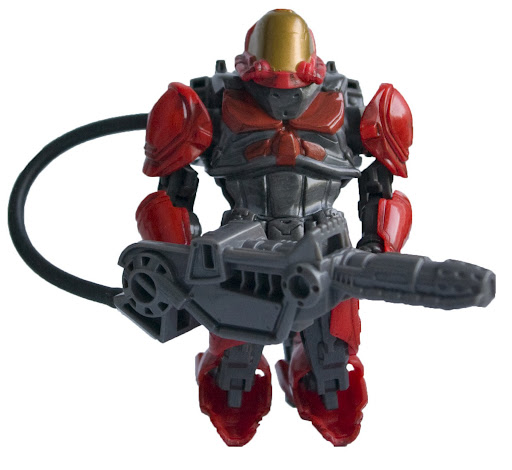 Flexibility of model's joints is good, as you can see one could easily kneel his marine. 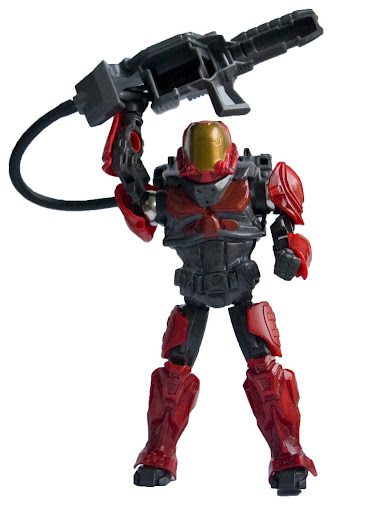 The flame marine is strong enough to hold the flamer in one hand. Victory will be ours. 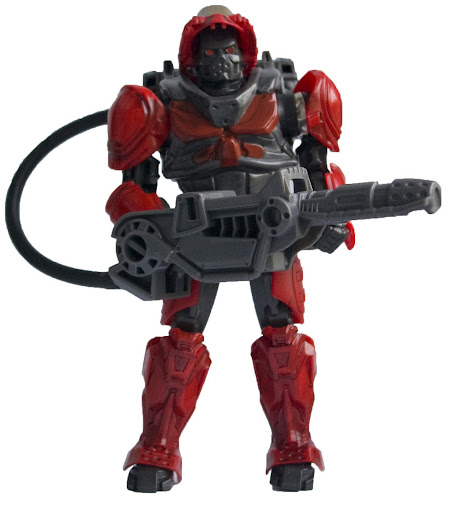 Now we know why the UNSC forces are so successful - you can't loose having T-800 covered with the armour. The Master Chief is so indestructable - may be he is model T-1000?

Let's summurize the impressions:
This model is great to be displayed on the shelf since it looks wonderful. However, if you are looking for the active play toy then you should pass this model. The magnets are weak, so when playing you will always have to put back hands. Also small connectors could be easily broken because they could stuck so strongly that it will prefer to break instead of being pulled off. This happened than i tried to disassemle the set for first time (i have put armor before connecting leg), and i'm glad the Customer Service has helped me with this issue - everything is fine now.

And two bonus images at last: 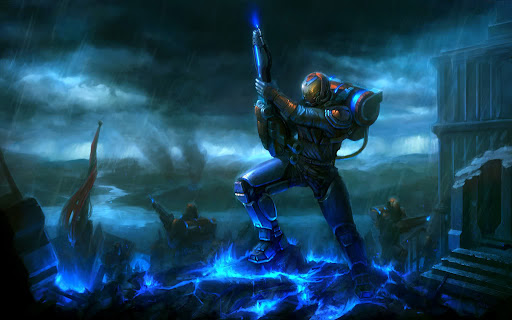